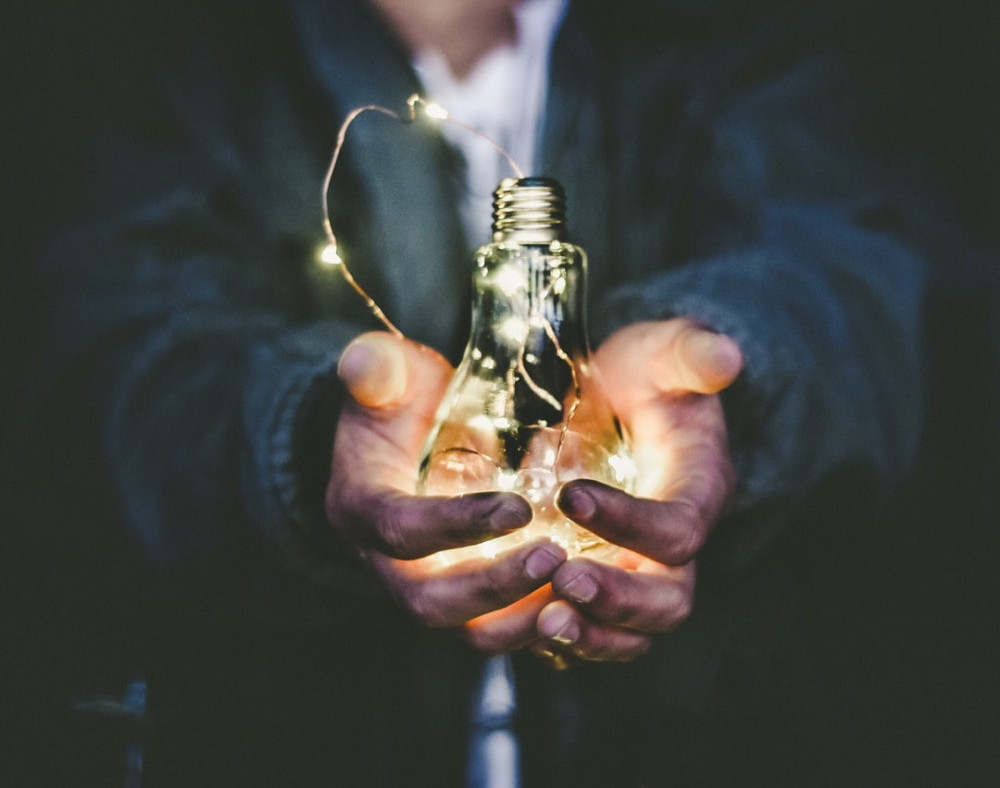 It all depends. Running your own business comes with tremendous responsibility. A newly minted entrepreneur has no one calling the shots but herself/himself. There is no boss to report to. No time cards to stamp. And no obligations other than the ones they have to themselves. That’s also what makes being an entrepreneur so great: you are in charge of your destiny.

If you’ve ever asked yourself the question “Is entrepreneurship for me?” this article will give you a brief answer of the pros and cons I’ve discovered during my brief time as an entrepreneur.

What Is An Entrepreneur?

The word entrepreneur comes from the old French “entreprendre” which means “to undertake.” I read in the book “Originals” by Adam Grant that “entrepreneur” means “bearer of risk” in French.

Based on those definitions we can conclude that an entrepreneur is one who undertakes the risk of a business venture.

Starting our own business always comes with risk. But then again, so does walking out on a busy city street. Living means risking, and as you’ll see at the end of the article, there is a common misconception when it comes to entrepreneurs and risk. Namely, that the most successful entrepreneurs are the biggest risk takers.

Are You Made To Be An Entrepreneur?

I will tell a short story about myself for this section of the article.

For many years I worked in a field which bored me; I found the work meaningless. On top of that, I disliked following orders. I also hated the idea of having to ask for permission to take time off. AND I detested the concept of people higher up in the institutional hierarchy benefiting from my work.

All of these things zapped me of my drive. And I didn’t even know it. It was like an invisible splinter in my consciousness, driving me into dissatisfaction. I felt something was off, but I couldn’t for the life of me figure out what.

I tried being an employee for years, yet always this feeling of dissatisfaction followed me. Whether I was a server in a restaurant, a bartender, or a researcher in a government lab or university, the feeling that I was employed by someone else, that the fruits of my work went to someone else, always left a sour taste in my mouth.

Of course, that’s how capitalism works; the owners of the means of production harvest the lion’s share of the wealth created. Those are the rules of the capitalistic game.

It took me most of my twenties to figure out that I had to follow the rules of capitalism if I was going to be wealthy and enjoy freedom. Complaining would get me nowhere. Excuses wouldn’t change my situation.

So I Tried Entrepreneurship For Myself

That was when I realized that being an employee was not for me. It wasn’t that I didn’t like to work. It’s that my motivation to work for other people was minuscule compared to my desire to work for myself.

But I didn’t know what product or service I could offer that people would buy. After decades of schooling all I’d learned was how to follow someone else’s orders! I had to figure out what value I could provide to the world.

So after many years of trying, failing, trying again and failing again, I finally discovered what skills, talents and interests I had to offer the world AND a business model which complemented me.

I started my own business.

I’ve been at it for around four months now. Admittedly, that’s not too long, but I’m optimistic about my business’ future.

I can tell you what I’ve discovered so far.

The Responsibilities Of Being An Entrepreneur

Being an entrepreneur comes with much greater responsibility than being an employee. When you’re a new entrepreneur you do not have an institution guiding you by the hand, giving you all the training you need to be effective and making you sign all the documents to cover your liabilities. There is no one else but yourself.

No one will call you if you don’t show up to work. No one can prevent you from taking days off without notice. You won’t lose your job if you fail to deliver on your work. 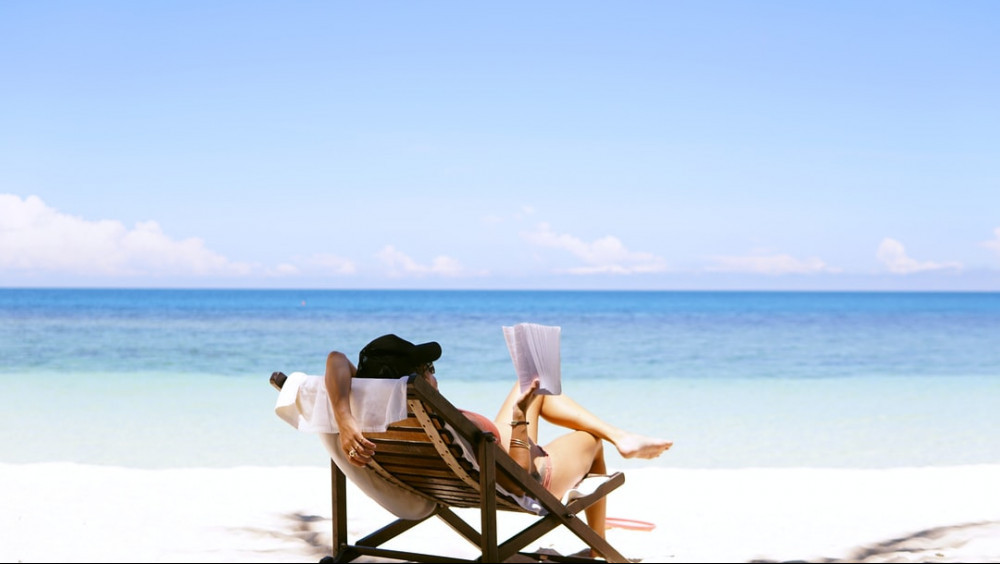 But if you regularly do all of those things, you will fail as a business owner.

It’s exactly because you have no supervisors that being an entrepreneur demands the fullest commitment to professionalism you can muster. If you don’t hold yourself accountable to a standard of excellence in your work, no one else will.

In this way, entrepreneurship demands that you take full responsibility for your success. There are no excuses. There are no shortcuts. It’s all on you. You are free to choose: success or failure.

Naturally, this freedom to choose is unbearable for most people. Most people need an authority figure to tell them what to do and when to do it. They need the guide rails of life which have been installed by our schooling system.

People are terrified of freedom, because it means bearing the full responsibility of their success and their failures.

But here’s the thing; if you’re obsessed with freedom, like I am, then you will stop at nothing to maximize your freedom. You will do the work. You will make the sacrifices needed to succeed.

The Benefits Of Being An Entrepreneur

I’m now convinced the way to maximize financial and professional freedom in this day and age is by becoming an entrepreneur. And you don’t need to own a business to be one; a writer looking to publish his first manuscript is an entrepreneur. So is an artist who creates and sells his work. As well as an inventor who licenses her inventions to others. Or a digital content creator.

There are as many ways of being an entrepreneur as there are people alive on the planet.

In my eyes, being an entrepreneur simply means creating something of value and selling it. It could be anything; a solution to a problem, a work of art or entertainment.

Coming up with our own contribution comes with enormous power. We are the captains of the ship. Uncle Ben’s words resound clearly:

I wrote about the responsibility which comes with being an entrepreneur. Now I’ll talk about the power.

It’s This One: You Are The Boss

You decide where to go and how. You are the master of your business venture’s destiny. There is no one breathing down your neck, asking you to do things you don’t want to do.

It’s all on you. You either choose to do the things which will benefit your business. Or you don’t.

Being able to set your own course is priceless. It’s the only way to live a life true to ourselves. We are all unique beings with a primal psychological need to express our truest, fullest selves.

It’s up to us to honor that need, or ignore it.

Consistency For The Win

This article is a brief condensation of what I’ve learned over the last several months of running my own business. I had no idea what it meant to be an entrepreneur before I started. I didn’t understand the responsibilities that came with owning and operating my own business.

We always hear about certain qualities of successful entrepreneurs; their genius, their disruptive ideas, their passion, their extravagance. But, in all honesty, I believe the quality that will determine whether I succeed or not is none of these things.

It’s adhering to consistently show up at work day after day to put in the best you have. It’s remaining professional in the face of insecurity. It’s shouldering the risk of the business not working and continuing on anyways.

The idea of setting my own schedule and charting my own course energizes me like nothing else ever has. I have discovered vast reserves of creative power which were just waiting to be unleashed.

They’re there, within us, I promise you. It’s up to us to discover what brings them out. Most people never gives themselves the chance to explore the opportunities that ignite their core. They remain within the safe (and stagnant) harbor of the known, never taking the risk of discovering what fires up their spirit.

Failure on the journey to discovery is certain. But, with consistency, so is success. And succeeding in uncovering our potential is what we’re on this planet to do.

What Risks Have You Taken?

I invite you to take a moment to reflect on the risks you’ve undertaken in life. I’ve read that people who are on their deathbeds mostly share one regret: that they didn’t take enough risks. They were not entrepreneurial enough.

In “Originals” Adam Grant writes that most successful entrepreneurs aren’t the ones who take the biggest risks. They’re the ones who minimize risk; they minimize the risk in risk taking. In fact, a study published in 2014 by management researchers Joseph Raffie and Jie Feng shows exactly this.

The people who minimized risk had a higher chance of success. The key word here being ‘minimize”! It means take the smallest risk you can.

So I ask you now, What risk would you love to take but have been too afraid to do so? Leave a comment below, let’s discuss!

2 thoughts on “Is Entrepreneurship For Me?”

Thanks for stopping by! My name is Erick and I welcome you to Explode Your Wealth. After a lifetime of choices left me emotionally, financially and professionally broken in 2017 I discovered we can all make better choices if we take the time to educate ourselves. Here, I share with you in plain English my love for Jesus, as well as the ideas, practices and tools which allowed me to not only climb out of my personal hole, but to emerge wiser, kinder and more driven than I had ever been.

Guided by Jesus Christ, we all have the power to change our lives for the better!