Have you ever asked yourself what can reading do for you? How about why groups throughout history have gone as far as burning books to prevent people from reading them? Or why slaves in the United States were not allowed to read?

The answers to these questions all point to a fundamental truth: reading is the sunlight for the garden of your mind.

And when you care for the garden of your mind, the universe opens up for you. Which is not usually in the interest of those in power.

The Current State Of Reading

The numbers are in! And they should inspire us to act. According to this blog post from 2017, 50% of American adults can’t read a book written at an eighth grade level. According to this infographic, Americans spend around 6 hours a week reading on average. Compare this to the amount of time Americans spend watching television, which in 2018 was 24 hours a week. That’s one day out of every seven spent sitting in front of a television, passively consuming media.

Why Is This Concerning

In the masterful book “Fahrenheit 451”, written by Ray Bradbury in the basement of the UCLA library and published in 1953, the protagonist, Guy Montag burns books for a living. Guy Montag is a “fireman”, he is part of a team who gets tips on people who are in possession of books, which are illegal. As soon as Guy’s team gets a tip they head out, wielding advanced tracking technology, find the offenders and burn their books. The possessors of the books are spirited away, never to be seen again. 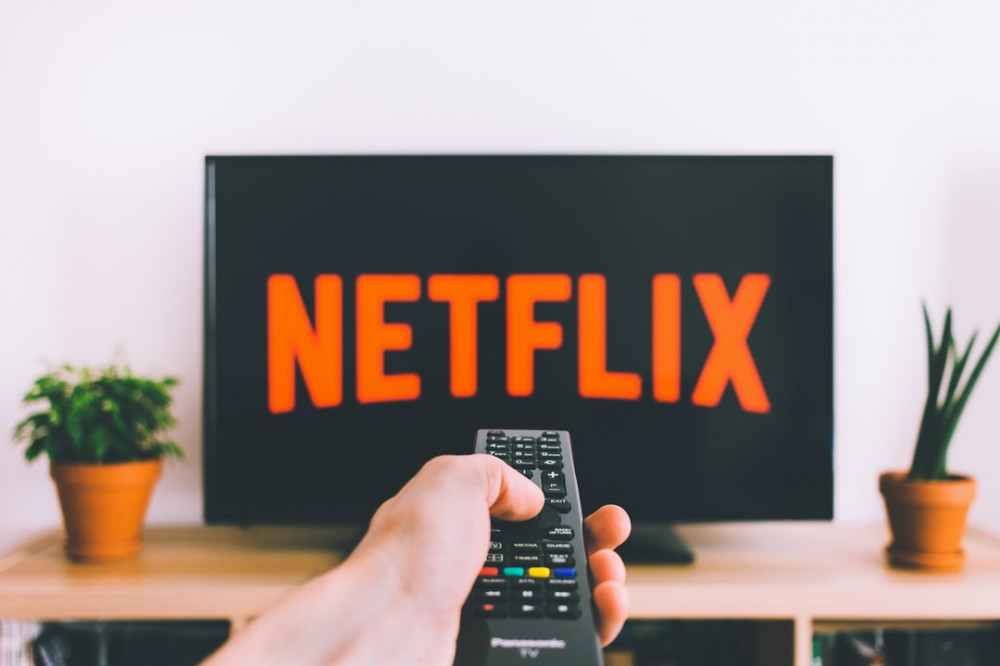 The only form of entertainment available in this society are wall-spanning television screens which unrelentingly spew out gossip and other banalities into the audience’s homes. Silence is nonexistent, as these televisions are turned way up and are located in every room. There is no time, nor space for quiet reflection.

The story follows Guy Montag as he navigates, and eventually rebels against, this world of “total entertainment all the time” as put by Mark Edmundson, a professor of literature and author of “Why Read”. As the story approaches its climax, Guy comes face to face with his boss, the human embodiment of the book-burning system. Guy’s boss tells him that books are illegal because people just didn’t want to put up with the discomfort of reading. Reading gave people ideas and made them uncomfortable, even dangerous, so the powers that be decided it was best that books be eliminated Removing books made everything easy for everyone.

Fahrenheit 451 communicates an allegory of the power of reading and the consequences of surrendering that power.

What Reading Does To Us

Reading expands our mind. Reading knocks down walls in our perception we don’t even know exist. It elevates our sights from the mundane actuality towards the resplendence of potentiality. It fills our heads and hearts with the best thoughts which have ever been thought and the deepest feelings which have ever been felt. It unlocks the genius within us, or it plants the seeds of genius which eventually germinate, given time and care.

Reading is our path to mental, physical and spiritual enhancement. When we read we embark on a journey of discovery, taking place within our minds. And since the mind can’t tell the difference between something it imagines and something it experiences, reading, quite literally, sends us on adventures across the boundlessness of space and time wherein we encounter the best and worst of ourselves. As we read, what we read is reading us.

Reading enables a silent dialogue between ourselves and ourselves. It holds up a mirror to our inner selves, upon which are reflected our deepest values and beliefs. It promotes the evolution of our consciousness in a way passive consumption of media, like watching television, does not.

In the words of George RR Martin, bestselling author of the “Game of Thrones” series, “A reader lives a thousand lives before he dies. The man who never reads lives only one.”

Why And How Authoritarians Have Restricted Reading In The Past

In another masterful book, “The Handmaid’s Tale”, by Margaret Atwood, published in 1985, the protagonist, Offred, tells a story about the overthrow of the United States government by a radical group and its consequences. As a Handmaid, Offred’s reproductive functions are entirely dictated by a centralized authoritarian government. Under this regime, most people experience a severe curtailment of rights, with the Handmaid’s getting the worst of it; Handmaids are not allowed to read, write, own property or handle money. A Handmaid’s sole purpose is to function as a birthing womb.

Did you notice that one of the mechanisms by which the Handmaids are controlled is by the prohibition of reading?

Can you see where I’m going with this?

Preventing people from reading things, from being exposed to new ideas which challenge the status quo, has been and continues to be a priority for authoritarian regimes. Slaves in America were not allowed to read nor write. The Nazis burned enormous piles of books in the 1930s; the books targeted were those which presented ideas which conflicted with Nazism, such as Judaism, pacifism and communism. During the Cultural Revolution in China, Mao Zedong ordered the destruction of any books which didn’t conform to party propaganda, like those which discussed capitalism. 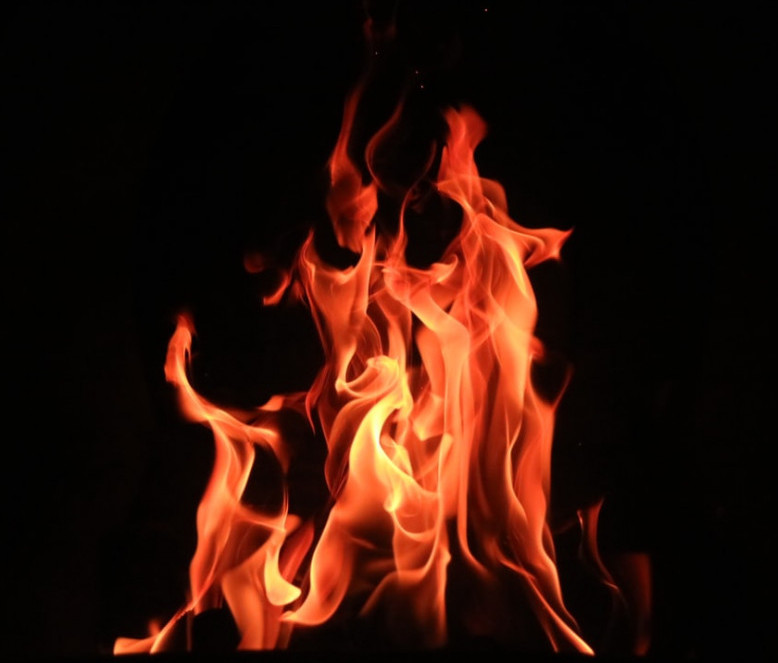 And those were only a few examples from the 20th century! Many know of the burning of the Library of Alexandria, which occurred in 48 BC and 640 AD.

As long as books have been around they have been a target for destruction. Because books expand our perception. Books are living things, with a power of their own which we tap into whenever we read them. Books promote questioning, subversion and rebellion. Even if a book does not explicitly communicate subversion, simply by offering us another point of reference, whatever that may be, we gain another foothold from which to study and question the decisions of those who hold power in a society.

In other words, books make great questioners. And questioners are the bane of authority.

When We Don’t Read We Give Up Our Power

Nature loves a hierarchy. This hierarchy is old, older than humans as a species, it is inscribed within our genetic heritage. Hierarchies pervade the natural world; lobsters have them, as well as cows, chickens and chimps. In any hierarchy, like in a pyramid, there is a top and there is a bottom. The members at the top dictate to those at the bottom; it’s up to the bottom to obey or face the consequences. Those at the top enjoy the massive benefits of the position, health, prosperity, comfort and abundant sexual mates. Being at the bottom is a terrible affair, punctuated by stress, fear, illness and early death.

The human spirit is indomitable. It refuses to be oppressed, it’s flame is never quenched. The human spirit knows it’s place is in the heavens. It’s possible for the spirit to be chained, but sooner or later it shirks its bonds and leaps toward liberty; like with the French, American and Mexican revolutions. This is the eternal pattern.

And books give the human spirit the key it needs to unlock its chains; the wings it needs to fly.

The Opportunities We Have Available Today

In the rich world today, books aren’t banned. They aren’t burned and they aren’t censored. In fact, they are stockpiled, meticulously categorized and made available in public spaces we call libraries. Never before in the history of our civilization have there been so many well-kept and staffed repositories of knowledge available to the masses. If you live in any rich, or moderately rich, western country you have access to the best books ever written, discussing whatever it is you want to learn about. Your curiosity is your passport to adventure. The only question is, What do you want to learn about? 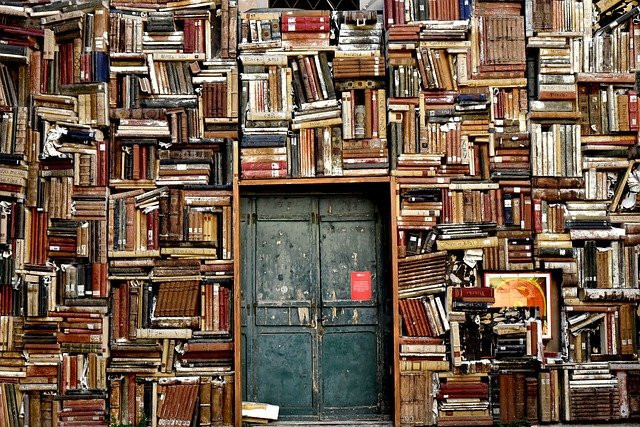 Do you want to learn how to effectively change your habits? There are books for that.

Do you want to learn about the habits of millionaires and billionaires. There are books for that, too.

Want to learn how to identify problems, create solutions for them and start a business dedicated to selling your solution? There are books for that.

Maybe you just want to learn about how you can make cleaning your home easier? Or how to sharpen a knife. Or make banana bread.

There are books for all of that.

We live in the information age. The store of human knowledge, the works of geniuses past, lies at the touch of our fingertips. The possibilities are endless, for those who have the desire to let their spirit take flight.

And throughout it all books provide us with a framework for us to follow, a structure of knowledge through which we can traverse as many times as we need to until we learn what we want to learn. Having endless opportunities is daunting; too many options can cause us to freeze in “analysis paralysis.” That’s why books are so helpful. They take us by the hand and gently lift us to unexplored heights.

When it comes to what books can do for you, the sky is not the limit.

Because there are no limits.

To our wealth and success

Have you read a book recently? If yes, what book was it? If no, why not? Let’s discuss in the comments!

2 thoughts on “What Can Reading Do For You? More Than You Can Imagine” 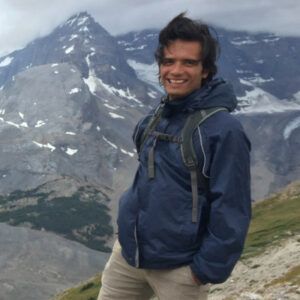